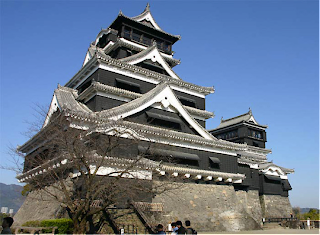 Many people say that much of modern-day Japan exists because of its samurai roots. The samurai may no longer exist but a symbol of their power and strength does: castles.

Estimates vary in the number of castles still standing today in Japan. But almost every major city or area of the country has its own castle. Even with those castles that are “belittled” for being relatively recent reproductions, one must not forget that to re-create such structures is an incredible feat in itself, for which they are to be admired.

Many of Japan’s most striking castles were originally built during the “Sengoku Jidai (Warring States Period)” when the whole country was in chaos and fiefdoms needed to defend themselves. The ruler of Japan during the end of the 16th century, Toyotomi Hideyoshi, is widely regarded as a master castle designer. One of his greatest masterpieces is Osaka Castle, which known throughout the land as being impenetrable when it was first built. The reproduced version of this castle is a striking structure that has an observation deck 50 metres above ground, which offers a panoramic view of Osaka City and the mountains in the distance. Inside you can find many historical artifacts on display, including real swords.

But many castle aficionados will agree that one of Japan’s most beautiful castles has to be Kumamoto Castle in Kyushu, along with Matsumoto Castle and Himeji Castle. Designated a national treasure by the Japanese government, Kumamoto Castle still retains many of its original buildings. By far its most impressive feature is its exquisitely curved stone walls known as “musha gaeshi (warrior repelling)” that are some of the highest to be found in any castle in Japan. The castle grounds stretch for a few kilometres in any direction, show what a domineering presence it once was.

If you are interested in experiencing traditional Japan, no trip would be complete without a visit to a Japanese castle. Unique Japan Tours is happy to help arrange this for you. We look forward to hearing from you!!

Posted by Unique Japan Tours at 19:33