Watching a sumo tournament in Japan is like taking a trip back to medieval Japan. Any visit to Tokyo would not be complete without seeing this living, breathing art form.

Here are some handy titbits of information that will help enhance your sumo experience. When you alight at Ryogoku, the station closest to the sumo stadium, you will be greeted by two huge, imposing pictures of former sumo greats that adorn the ticket hall. Head out of the station and towards the stadium that you will see on your right. Keep your eyes peeled for some of the younger sumo wrestlers walking to or from their stadium. Take note of their footwear: the younger ranked rikishi (the Japanese for sumo wrestlers that literally means “power men”) can be picked out by the fact that they are wearing hard wooden clogs whilst their seniors are sauntering around in comfortable sandals. That in itself is enough incentive for a young wrestler to make his way up the ranks as quickly as possible!

Once inside the stadium make your way to a seat where you have a vantage point of the ring. Silence in the stadium’s huge cavernous inside is periodically broken by shouts from the referees who stand out in their dazzlingly coloured costumes. Wrestlers’ entrance into the ring is preceded by a respectful bow to the judges sitting close by. A stylised ritual follows in which the wrestlers purify themselves and the ring. The most interesting part ensues. Wrestlers will often stare each other down in a kind of psychological warfare. Some people say that the result of a bout is decided even before it begins. Try and guess yourself who will win.

Unique Japan Tours offers a day out to the sumo stadium in Tokyo as part of our Japan Discovered tour (http://www.uniquejapantours.com/small-group-tours/japan-discovered). The next such tour will start on September 2. If you would rather not visit the stadium as part of a group, we can arrange to have a private guide accompany you. Regardless of how you decide to see Japan’s national sport, you are guaranteed to become a fan for life. 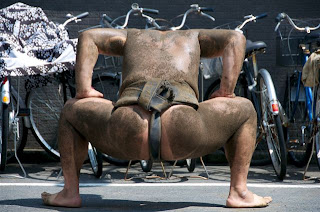 Posted by Unique Japan Tours at 15:19